Shattered Chaos is a fully cooperative Adventure Game for 1 to 5 players set in a world torn asunder when the God CHAOS is slain. You will be part of a group of adventurers desperately trying to reclaim the Jewel of the Gods to prevent the destruction of your world. Yet your search for the gem is thwarted by the teeth and claws of several shadow creatures, monsters that guard the Jewel of the Gods. On the brink of death, the fallen God CHAOS suddenly appears and offers you the chance to fight on… for a price that may, in the end, prove to be too high!

Shattered Chaos is set out to include several Adventure Boxes, each containing 5 adventures. Each adventure can be played in 2 to 3 hours and comes with a uniquely drawn game board and a complete set of narrator cards through which you will learn about the setup, the story and the rules of the respective adventure.

The first 2 Adventure Boxes Destruction and Despair are now ready. The Kickstarter Campaign for the first Box will launch in autumn 2021.

Get the Beta Rules by clicking here: 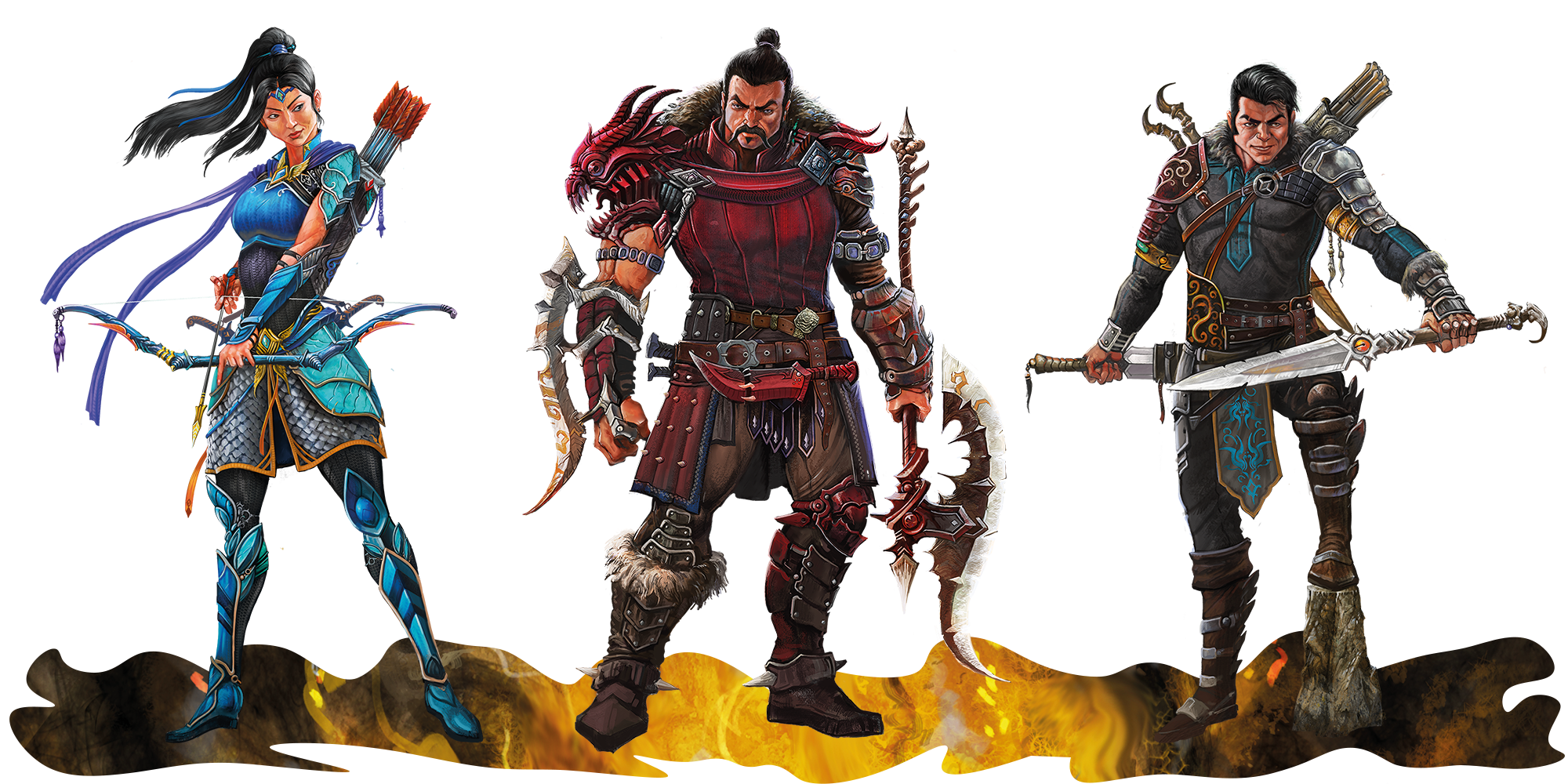 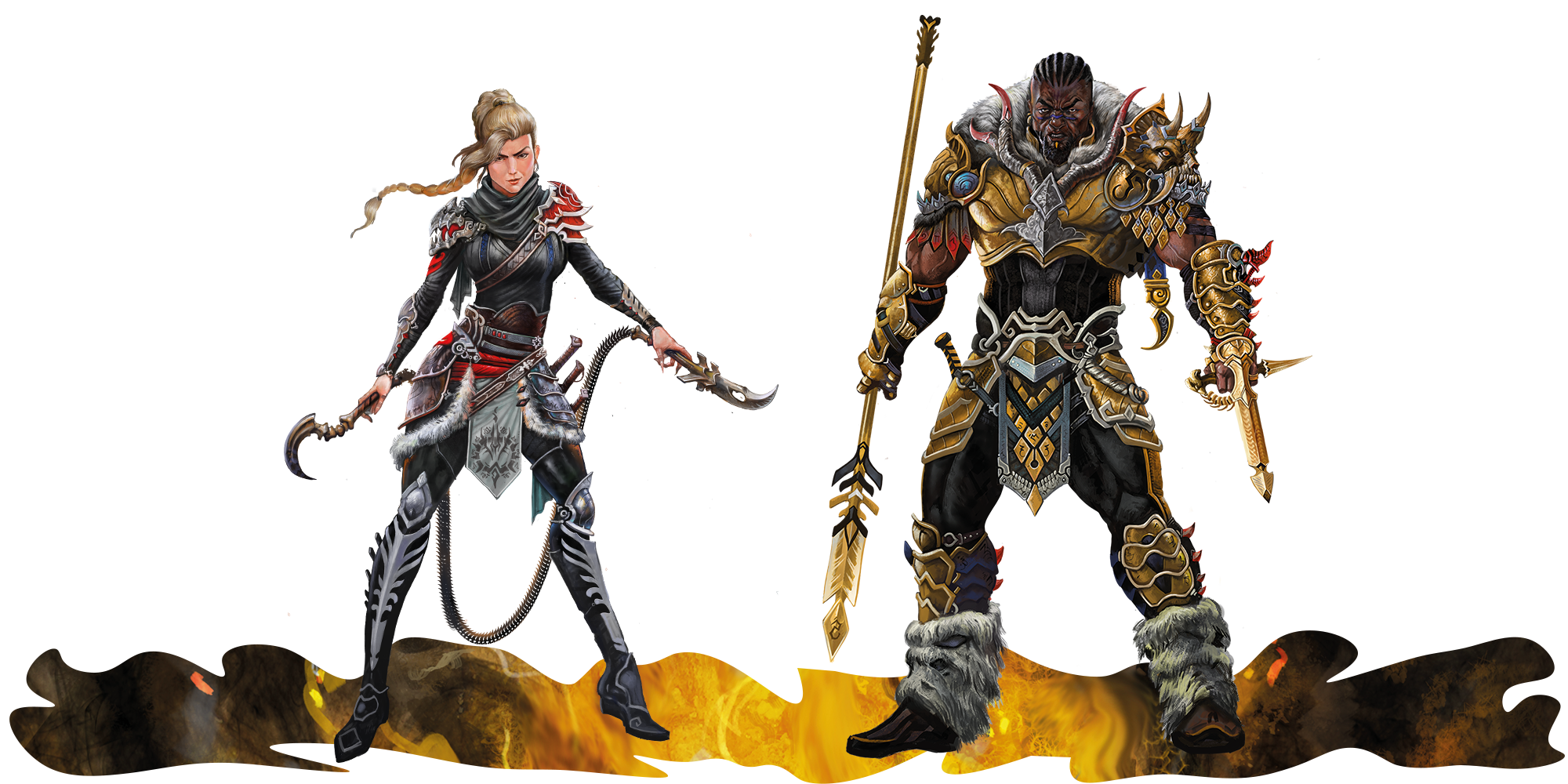 The players win or lose together. The game itself controls the enemy models. Every adventure is playable in about 2-3 hours.

Positioning, choice of attack, and the support by your comrades-in-arms determine how effective you are in slaying your opposition... and how hard they fight back.

What applies to regular enemies, counts double for Bosses. Vanquishing the Boss of an Adventure Box will demand all your acquired prowess.

Focus on each Adventure

Each Adventure is played on a unique game board and comes with a set of specifically designed narrator cards that allow you to explore the story of the game piece by piece.

Your enemies won't just look on while you cut them down but will retaliate instantly. They follow strict rules of behavior, but their behavior is not at all predictable.

The idea for developing a board game has been on Alex’s and Flo’s minds for a long time. Unfortunately, they were kept quite busy with studying psychology, house ruling house rules, grumbling about bad dice, bad game masters and bad house rules. When they finally decided to develop their own board game, they were kept even busier but even now they haven’t regretted their decision.

By now, Alex and Flo are fairly certain that formatting, yes FORMATTING, is the sole reason why most gamers don’t develop games themselves… For nearly 4 years, they have been formatting stuff for Shattered Chaos.

Meanwhile, Sina joined the team and Flo took a break. But they all continued gaming, be it running into an ambush set by a sneaky overlord in the depth of Descent, looking for cash, corruption and cheeky show girls in the mines of Shadow of Brimstone, saving Andor, erm… well in Andor or pillaging peaceful monasteries in Mage Knight. Next year, in 2021, Shattered Chaos will launch on Kickstarter and will hopefully make its way to board game heaven and become reality. We hope you will enjoy playing it as much as we have enjoyed developing it! 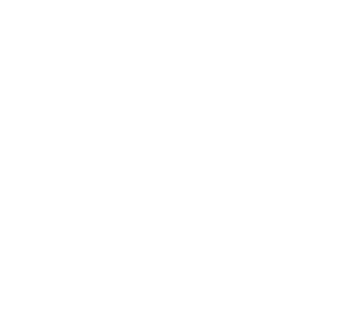